Software testing has acquired a lot of attention over the past couple of years, mainly because every business wants to have a presence over the internet. Be it a small restaurant in a suburb or a big software developer in Bangalore, businesses is trying to make themselves visible through catchy websites and vibrant mobile applications. More and more companies have started to realize that it is important to ensure that websites and apps remain bug-free and provide services as per the end users’ expectations. This is where ImpactQA, a leading QA and software testing company have come to their rescue.

WHAT IS AUTOMATION TESTING?

Automation testing involves usage of automation testing tools, software and scripts to execute your test case suite. It differs from manual testing, wherein the test engineer has to manually execute the suite. 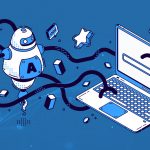 Automation testing has become more popular than its manual substitute due to the ease, efficiency and precision offered by it. Its effectiveness in detecting software bugs has added more credibility to the entire process of testing.

ImpactQA, which is offering its services to some of the most renowned companies in America and India, provides high quality automation testing services to its customers. Its exceptional testing strategy greatly enhances the quality of the software, thus, making it more enticing to the end user and enabling its customers to strengthen their business.