Automated GUI testing techniques used today test these elements like the menu buttons, pictures, icons, text boxes, form inputs, lists, etc. to ensure their performance as per the set standards by the company. Ranorex is one of the famous automated GUI testing tool used by most Quality Assurance and testing companies that can help ease out the testing process. Though licensed, Ranorex has features that no other platform can provide making it a preferred choice for a lot of companies. In this article, we will talk about the various advantages and disadvantages of using Ranorex for GUI testing in detail. 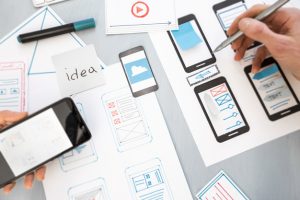 What is GUI Testing?

First things first. Before moving on to Ranorex it’s better to get a basic idea about what is GUI and what GUI testing is all about.

GUI, an acronym for ‘Graphical User Interface’ is the visible part of your application. Simple right! It includes elements like menus, buttons, text boxes, and images.

GUI Testing is the technique used in testing a GUI for an application. It states if the application or its other elements are functioning with respect to user interface behavior. It also detects if the appearance elements such as fonts and images conform to design specifications stated by the customer.

Moving on to Ranorex, introduced by Ranorex GmbH in the year 2007, Ranorex Studio is a commercial Windows GUI test automation tool that helps GUI testing for mobile, desktop, and web applications. Close to 2,332 companies make use of Ranorex for fulfilling their testing operations. A major share of these companies is found in the United States primarily dedicated to the computer software industry.

Ranorex is built on Microsoft’s .NET platform, because of which it does not require a specific scripting language to function. Its framework is built in a manner that it supports standard programming languages C# and VB.NET that helps in editing recordings or creating custom tests.

So why should your testing company use Ranorex as a tool? There are a lot of benefits provided by this tool, a few of which are stated below. So keep reading…

Pros and Cons of Ranorex

Some of the most amazing features of Ranorex include:

Ranorex enables you to test applications on multiple platforms i.e. web, desktop, mobile, etc. A lot of its competitors do not have this feature. It Uses the built-in Selenium WebDriver integration that helps cross-browser web testing on multiple browsers and operating systems at the same time.

The recorder feature in Ranorex applies a keyword-driven testing method that allows users to test their GUI’s without having to write a script. All you need to do is set your keywords right at the beginning and the same can be used throughout your test cases. This saves a lot of time wasted in writing and rewriting scripts makes the entire testing process a lot easier to read and faster to design. Automation novices can use Ranorex Studio’s built-in methodology to automate data-driven testing or keyword-driven testing.

Ranorex has the friendliest user interface with easy to use test automation tools. They offer features like prerecorded demos and detailed instructions in three different languages, that help you understand the process of creating, recording, and analyzing your automated test series with ease.

The smart object identification feature in Ranorex Studio automatically detects any change in the position of an image in an already tested GUI within its interface. It has various GUI recognition elements like RanorXPath, Ranorex Spy, etc that helps in identifying and editing and UI-elements within an application. Selenium on the other hand has no such feature available for its users.

Ranorex provides cross fictional teams solutions to its users to enable efficient coordination between development and testing teams. All members of the team can collaborate on creating effective solutions by sharing reusable object repositories and test automation modules.

Ranorex provides a detailed Run Summary Report at the end of each and every test runs on its platform. It even provides screenshots for validation. Their reports are comprehensive, where they collaborate previous test runs with current ones. The reports are customizable with the option to produce a PDF or in a Junit-compatible format

Like it’s said, nothing is perfect, so is Ranorex. Though negligible, a few of the cons of Ranorex include:

As opposed to a lot of its open-source competitors like Selenium, Katalon Studio, Watir, etc. Ranorex is a paid licensed tool.

Ranorex lacks integration with macOS. It’s built on .NET which cannot run on macOS unless it’s using the Mono project which in itself is not supported by Ranorex.

As opposed to its open-source competitor Selenium and Watir, Ranorex has a much smaller community which means it becomes difficult to find solutions to regular issues on the internet.

Though Ranorex is quick and its updates frequently release new versions, they often contain bugs that need to be fixed. This affects the regular functioning for a developer because new versions take time to update the existing suite for automation testing hence hinders the entire testing process.

Having discussed the pros of cons of Ranorex Studio in detail, it can be stated that companies with a good IT budget can easily opt for its features and incorporate it into their regular testing regime with ease. As they mentioned, Ranorex is great for beginners in testing and flawless for professionals. It makes GUI testing easy and efficient for its user helping them save valuable time and efforts enabling comprehensive coordination among the team members.

Like any other tool, it has its own drawbacks that cannot be overlooked if you’re a starter in this field.  If you need help in understanding more about this tool then contacting a professional automation testing company is a safer way to go.

What is Sanity Testing? Definition, Process, and Features

How Big Data can be leveraged in all aspects of Testing?