The world today is bound by technology mainly available in the form of software. These comprehensively coded applications are compatible on both desktops and mobile devices, thereby, making them highly accessible. For a particular software to operate successfully, it should exhibit the quality of the higher-order. Hence, testing has become a vital aspect during the development process for any software.

These days, the dependency on automated software testing has increased since it takes lesser time for running repetitive tests as compared to manual testing. In fact, several famous enterprises from the software testing arena have listed automation testing among their top-ranked services.

What Are The Benefits Of Automation Testing?

The usefulness of automation testing or test automation services is primarily related to upholding software quality. Some of the crucial advantages of implementing test automation within the software development cycle are:

Which Automation Tool Is In Demand?

The process of test automation is incomplete without the correct knowledge of the automation testing tools list. The usefulness of automation testing tools is realized for determining how automation is conducted for reaping the expected benefits. Looking at the current trends within the test automation space, there has been a significant rise in the implementation of machine learning (ML) and artificial intelligence (AI). The main purpose of such mergers is to deliver progressive abilities for test optimization, test generation, and test reporting. 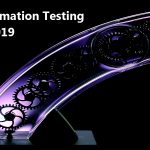 Therefore, you need to opt for the top QA automation tools for upholding your test automation arrangement in sync with the latest technological advancements. Here are the top automation tools 2020 that are researched to provide the best results based on specific business needs:

Katalon Studio is an open-source automation testing tool that is available for both web and mobile app development scenarios. This particular software is ranked among the best automation tools since it can be easily incorporated with a vast array of tools like JIRA, Kobiton, Slack, etc. 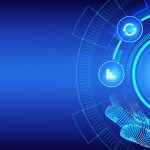 Cucumber has received high-end recognition for being one of the best automation testing tools. This open-source BDD or Behavior Driven Development tool controls an attractive list of customers, with major enterprises involved. Cucumber can support a wide array of programming languages; this is one of the primary assets of this test automation tool. However, its limitation to only support the web environment can be seen as a drawback.

The utility of Appium test automation is concerned with mobile applications. Presently, Appium is ranked among the best automation tools and functions as an open-source tool. The most vibrant aspect of this software is its ability to employ vendor-provided automation frameworks and is based on client/server architecture. There are no complications with Appium’s installation and can be used without any hassle.

Are you in search of the best continuous automation framework for Agile and DevOps? WorkSoft is the foremost contender in this race as it is designed to resolve some of the most intricate automation issues. Unlike other test automation tools, it serves as the only code-free platform for continuous test automation. For clearing out serious business processes, WorkSoft is deployed by several large enterprises as an efficient software testing tool for smart automation.

You can trust TestComplete as a helpful automation testing tool that targets web, desktop, and mobile applications. Currently, this software is listed among the leading automation tools and is capable of building functional UI tests. Furthermore, TestComplete also allows the scripting of different languages like JavaScript, Python, etc.

This is a booming test automation framework that smartly incorporates cloud and API applications. ZeuZ Automation Solutionz is called a scriptless, built-in tool that permits the creation of complex workflows covering different platforms in just one small step.

QAS or QMetry Automation Studio is a popular test automation tool that is listed among the topmost open-source frameworks. With the implementation of QAS, your automation efforts get to achieve greater efficiency and structure. Furthermore, this software backs sophisticated automation strategy merged with coded automation for satisfactory results.

For learning more about suitable test automation tools and their specialized operations, you can connect with professional testers at ImpactQA.