The emergence of Blockchain technology has transformed the IT space with serious developments involving the supply chain of numbers, data, money, and people. It is interesting to know that software testing company have suitably embraced blockchain technology due to its highly prospective nature. The effectiveness of this technology to cater to varied testing requirements is a prime aspect that has made QA companies curious enough to gather comprehensive blockchain knowledge.

We cannot deny the fact that blockchain is undoubtedly one of the revolutionary technological blessings which are capable of shaping different industries the future. 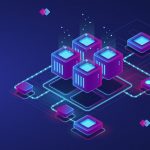 However, the availability of experts well aware of its applications is less or expensive to hire. As a result, companies aren’t able to incorporate blockchain-based apps without accurate testing. QA companies list such issues as challenges as they wish to access blockchain app testing for quality and stability.
At present, the best software testing companies are loaded with the expertise and resources required to productively test different components of the blockchain app. This write-up helps you gain a clear insight into the importance of Blockchain testing and the popular tools required for examining blockchain-based apps.

It is a library for carrying out operations with the Bitcoin protocol. This Java-based framework is specially created for Bitcoin-based apps that permit interaction with the actual BTC network along with different testing activities. There is no need to download the standardized BTC Core files via Bitcoin.com for using this tool. By implementing the functions in this library, you can transfer and receive Bitcoins in a real-time setup.

There is another open-source blockchain testing library that is accessible in the form of a Github repository. With a simplified setup and tractable API support for different testing requirements, Ethereum Tester can be seen as a highly capable testing tool.

This framework possesses the testing practicality of Ethereum which is well integrated as a set of attributes aimed at testing contract deployment. Populus is principally developed around the py.test framework, thereby, supporting its relatively easy implementation.

You can place your trust in this testing framework that is mainly associated with the development of decentralized applications (dApps) which operate on different systems. The effectiveness of Embark is highlighted through its assimilation with IPFS, Ethereum blockchain as well as a decentralized communication platform like Orbit and Whisper.

For Ethereum developers, it is a commonly mentioned name that associates impressive testing features, including automated contract testing. This blockchain testing framework is equipped with capabilities that surpass testing functionality, such as working with famous test runners like Chai and Mocha. 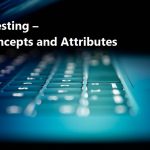 With a clear description of the importance of blockchain app testing and the popular tools involved, you are also informed about the vital challenges related to the blockchain testing process. For any further assistance or information required, feel free to connect with a professional blockchain application testing company at ImpactQA. Each of your doubts associated with blockchain app testing can be suitably resolved by these experts.

What Makes Appium the Best Tool for Automating Mobile Apps?