Several security parameters need to be fulfilled for an organization to succeed in its quest to deliver secure software applications. “Modern problems require modern solutions,” and which is why global enterprises, be it the public or private sector, are seeking quick response initiatives to search for potential security vulnerabilities.

Bug Bounty Program is one such initiative that is on the rise. Such programs permit the developers to determine and resolve bugs at the earliest before the end-users get to spot them; this prevents incidents of widespread abuse and helps safeguard the organization’s reputation.

A bug bounty program can be seen as a deal offered by several prominent organizations, websites, and software developers to invite security researchers to search for possible risks, vulnerabilities, and data security breaches on its public-based digital systems. The reason for the extensive popularity of bug bounty programs is the hefty reward amount associated with such initiatives. Individuals are rewarded and globally recognized by market leaders, thereby fulfilling the dream for many.

According to a report released in February 2020 by HackerOne, the collective amount earned by hackers from bug bounty programs was approximately $40 million!

Looking at the changing security testing landscape activated by emerging technology, the determination of application vulnerabilities has become slightly complex. ImpactQA & its team of ethical hackers were recently rewarded for reporting security breaches for Fortune 500 companies as part of a bug bounty program.

The company has been persistent in providing penetration and security testing services for the past 10+ years. ImpactQA has helped leading organizations from banking, e-commerce, medicine, logistics, etc., in ensuring zero vulnerability with each of their software products with such experience and expertise.

Narasimha Raju, CTO at ImpactQA, praised this achievement and said:

“I am very proud to note that our ethical hacking team’s contributions are recognized by below Fortune 500 companies ( lntel, Google, OlaCabs, Zomato, Bumble, Snapchat, IBM, PayPal, Apple, Pinterest, RedHat, OnePlus, Sony, Western Union, US Defence Dept, Badoo, ESET, EC-Council, Under-Armour, Twilio, NetGear and more ) by listing us in the hall of fame board. ImpactQA will continue to contribute through our responsible disclosure program and ensure a secure digital world”.

What are the Benefits of the Bug Bounty Program?

Organizations can gain better advantages through the bug bounty program. How?

It is a proactive approach to added security efforts. In simple terms, you get an opportunity to sanction ethical hackers who start their hunt to seek and eliminate vulnerabilities before an attacker gets a chance to exploit them. Organizations can count on such programs as a fast track method which is different from traditional ways where companies wait for an attack to happen before actually trying to correct an underlying weakness.

There are several other benefits associated with Bug Bounty Program, such as:

Deter Malicious Activity: The proliferation of such security-based programs helps exploit testers’ curiosity to benefit organizations in checking their system weaknesses and ultimately offering bug-free software applications. Discouraging malicious activities against websites, apps, game consoles, and other technology is one of the more significant bug bounty benefits. Organizations allow themselves to partner with interested individuals actively and provide them with the platform to legitimately incorporate their knowledge and prove themselves as capable security researchers.

Transparent Approach: With traditional penetration testing services, there are situations when fear due to fulfilling compliance requirements might become haunting. However, bug bounties follow a different approach that is more inclined to develop a setup with transparency, sincerity, and responsibility.

Best Alternative to Error Detection: The presence of ethical hackers assists businesses in detecting vulnerabilities before external sources can spot them. Therefore, running a bug bounty program is evolving by being proactive & predictive. It has been tagged as the alternative approach to detect software and configuration-based errors, surpassing developers and security testing teams.

The support towards bounty programs is immense. Organizations like Microsoft find it essential to pull out the dark side of security breaches under the spotlight by making hackers ethical through their participation in such bounty initiatives.

Why Choose ImpactQA as Your Security Partner? 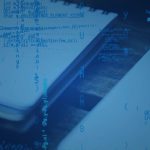 How is ImpactQA Revolutionizing Software Testing Industry in this Modern Era

Interestingly, almost all of our security team members share the reputation of being active participants in world-renowned CTF’s and bug bounty platforms. Moreover, most of these experts are active contributors to the information security community. Our diverse scope of security capabilities is tailored based on every client’s specific needs and budget expectations. With a hands-on approach, our owners and management pride themselves on our responsiveness to the client’s ever-changing requests and security demands.

ImpactQA meticulously selects and trains its professionals to stay up-to-date with the latest trends and challenges in the information security industry. Our adept I.T security team has helped numerous industry-leading tech giants under their bug bounty platforms.

As regular bug hunters and malware analysts, our security team members have taken part in initiatives to identify vulnerabilities, as mentioned below:

ImpactQA has been a leader in security testing and VAPT testing. We have established new cybersecurity standards and are garnering praise from tech leaders, industry influencers, security researchers, and third-party security labs.

For your requirements related to software products’ security testing, you can easily book a free consultation with our experts.

ImpactQA is Featured Among Top QA and Software Testing Companies