Home > Blog > Will CI/CD Change the Testing Scenario Like Agile Did?

We have been seeing a lot of instances in recent times in which the terms Agile, DevOps and CI/CD are used interchangeably. Agility, CI/CD, and DevOps are varied tools, important in its own right and all are used for their intended purposes, plus the outcomes are transformational. Agile, now referred to by some of its manifesto authors as the term agility, is focused on removing process barriers and enabling the key folk like developers and customers, to collaborate more closely on accelerating delivery. Even though agility has come to mean distinct things over the past few decades, its fundamentals remain the same: collaborate closely with customers, remove process barriers, produce working software speedily, and respond to (rather than resist) change. 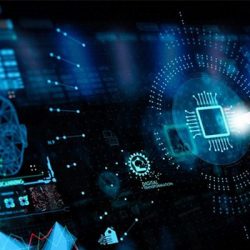 Agile began as a product development innovation as it sparked a corporate approach and process revolution. Agile development laid the logical groundwork for the Lean movement in entrepreneurship, which pushed mainstream business leaders to systematize and manage their business model & product development work around a sequence of experiments, testing significant hypothesis along the way. Agile initially grab attention and turn out popular in the startup world, but soon were embraced by famous business leaders around the world.

According to the new study continuous development (generally call CI/CD (continuous integration and deployment) will change the testing world as much as the agile revolution did. But will it? We have a tendency as technical experts to view Agile as an extensive way of talking about our daily standups or SCRUM. However, from the HBR’s point of view, it meant more than that. The claimers say that CI/CD, which they call “continuous development,” will have a great bang and effect, even, and has started in the “bowels of technology companies & startups.” They suggest that only 20% of IT teams are utilizing some form of what they call “continuous development.” Regardless, they also suggest managers to change their mindset and pay attention and find dramatic strategic benefits of successfully implementing Continuous Development: maximize engineering productivity, faster time to market, fix errors quicker and experiment more rapidly.

High-quality engineers love continuous delivery environments as they can instantaneously see how their work adds value to the organization.

Top 7 Practices to Enable Security in your CI/CD Pipeline

Frequent releases allow companies to constantly experiment with newly added features and test them on various audiences. In few cases, fresh features are deployed in the code and turned off or on for a specific customer segment by using an easy feature flag.

Because software code is released in small batches, it is simpler to identify the source of any troubles. Even it is also simpler to understand the consequences of an alteration if you’re making lots of simple steps.

So, Continuous Development is a growing buzz in the software industry. For good reason: it signifies the effective method for software development to attain both external and internal objectives. The insight here for business executives is that continuous delivery is more than merely an obscure software development. It represents a significant cultural weapon and competitive advantage in the battle for talent and customer loyalty.

Boast the Potential of DevOps with CI/CD