What is a DDoS Attack? Different Types & Methods to Prevent It

Understanding a Distributed Denial of Service (DDoS) attack has become essential as websites are falling prey to this tragedy. The knowledge and nature of these attacks must be familiar to website owners, counting it as a part of their security arrangement. Not many knew about DDoS attacks’ impact until it started causing loss of customers, brand, and ultimately brand degradation to slaughter the business on the whole.

What Do You Mean by a DDoS Attack?

A DDoS attack is ranked among non-intrusive internet attacks carried out to dismantle the targeted website. Eventually, this slows down their functionality by flooding the server, application, or network using fake traffic. In 2019, the count of network and application layer attacks was mind-boggling. According to confirmed sources, a network layer DDoS attack was capable of reaching 580 million packets per second (PPS) in April. Moreover, a separate application layer attack lasted for around 13 days and sharply peaked at 292,000 requests per second (RPS). 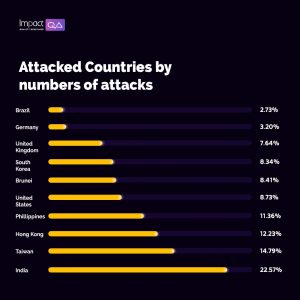 Focusing on additional statistics, there was distinguished development in the count of network layer assaults on businesses, especially in the East Asia region. This made the target region termed as “dangerous,” considering the number of attacks and the possibility of being attacked. East Asia was home to the four most attacked nations, where India was ranked at the top.

On a practical front, spotting the different types of DDoS attacks is difficult, which might take too much time. Hence, several simplified guidelines have been issued to learn better about DDoS attacks and they prevent measures. This includes careful supervision by software testing services and network experts to put in well-defined efforts for curbing DDoS attacks.

Looking at DDoS attacks’ seriousness and extensiveness in today’s time, they are broadly categorized into three types. Let us try to learn about them in-depth to simplify their impact on an organization.

As per volumetric attack, the machine’s network bandwidth is crushed by flooding it using false data requests. This is carried out by targeting every open port associated with the device. Since the machine is swamped with malicious data requests, there is little or no room for accepting genuine traffic. Under volumetric DDoS attacks, you have UDP floods and ICMP floods. 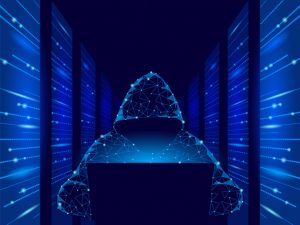 It is vital to be familiar with the fact that the application layer constitutes the topmost layer within the OSI network model. Moreover, you can view this layer as the closest to user’s interaction that happens with the system. DDoS attacks that target the application layer are majorly focused on direct web traffic. Some of the possible pathways include HTTP, HTTPS, SMTP, or DNS.

If you think recognizing application-layer attacks is easy, you might have to reconsider your analysis! This difficulty is the involvement of a smaller machine count that can even get restricted to a single device. As a result, there is a higher possibility that the server can be fooled into viewing the attack as a minor inconvenience.

There are certain minor hardware tweaks you can access to smartly avoid a DDoS attack. For instance, configure your router or firewall to avert incoming ICMP packets. This action also includes the blocking of DNS external responses. The purpose of this step is to prevent certain volumetric attacks (ping-based).

There are several ways to control DDoS attacks, but the most simplistic is to enhance your infrastructure to make sure there is enough bandwidth. It will prove useful to handle spikes in website traffic that might be reason of malicious movement.

Ensuring more bandwidth as compared to any cyber attacker was considered as a helpful act to prevent DDoS attacks. However, the nature of DDoS attacks has augmented over the years, which has lessened the operational benefit of buying additional bandwidth as a suitable solution against DDoS attack.

Cloud to the Rescue

You can rely on cloud-based service operators to manage DDoS prevention. To be precise, the cloud consists of additional bandwidth as well as resources as compared to private networks. Moreover, the use of cloud functions as a diffuse resource, that is, cloud-based applications helps in absorbing ‘cruel’ traffic before it reaches the target system. Finally, almost all cloud-based services are controlled by software engineers who are capable and up-to-date with monitoring the latest DDoS strategies.

The installation of a DDoS mitigation plan is crucial for safeguarding your website, application, and network from nasty security breaches. For this, you can reach out to efficient security testing services such as ImpactQA, which is a leading software testing company well versed with contemporary internet-based attacks. Our expertise and practical know-how to curb DDoS attacks can prove beneficial in protecting your website and upholding business operations.