Globally, inventors and innovators are determined towards the creation of smart gadgets for improving the lives of humans. But it is the testing professionals who are responsible for keeping a check on the safe functionality of different smart tools. For ensuring you do not face any performance, functionality or security issues in IoT devices, the testing experts need to act is a smart and tactical manner.

It might sound cliché that testing all things listed under IoT is essential, but even then there are several organizations that ignore and sideline the imperativeness of this act. Similar to this problem, there are several other challenges to IoT testing that need to be highlighted.

Let us try to focus on the top five challenges to IoT testing that should be addressed and resolved by testing professionals. 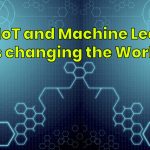 1. Diversification of IoT Devices and Platforms

As a possible solution, you can accumulate data from the client source to acquire the list of devices and software versions they use. Once you are aware of their device preference as well as the operating systems to test, make the most of this information for testing certain basic combinations guided in the correct direction.

Presently, IoT devices are known to implement a diverse set of protocols associated with communications. For instance, protocols like Extensible Messaging, Message Queuing Telemetry Transport (MQTT), Constrained Application Protocol (CoAP) and Presence Protocol (XMPP) are considered common, and each of them has their advantages and disadvantages.

An API is usually layered over transport protocol to make it less difficult for developers when it comes to forming a connection using the device. At the time of test automation, the testing professional can make use of the APIs and protocols along with the test plan. However, the IoT testing tool needs to hold the capability to assist these protocols and APIs without any significant inconvenience.

As per bizarre statistical data, more than 70% of IoT devices are at risk against problems associated with security. It is the task assigned to the testers who must ensure better guidelines for a gadget’s password policy, together with the authorization aspect also given careful consideration.

It is crucial to remember that associated IoT gadgets heavily rely on quick communication. Hence, the network status is bound to impact the performance of a chosen IoT device. It is the task of experts to ensure certain pointers related to IoT testing of gadgets, which include: 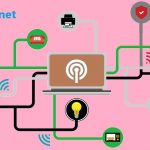 One of the serious IoT testing challenges is linked to the presence of greater IoT devices and applications. With a purpose to authorize their performance and functionalities, there is a need to talk about well-structured test capabilities.

The correct and safe operation of any IoT device or gadget does require such IoT testing challenges to be resolved at the earliest. The above-mentioned issues with IoT testing can be suitably understood through testing experts at ImpactQA. You can connect with them to gather information related to all sorts of  IoT testing services.

Transforming Commercial Insurance with the Power of IoT Testing