The era of modern technology began in 1973 with Motorola’s invention of mobile phones. Then the idea of ‘ network of networks ‘ came in 1983, and in 1990 it took a more recognizable form. Smart phones took the world to a whole new level somewhere in the early twenty-first century. Every day, the world’s constant increase in technical intensity is becoming smarter, after the smart mobile phones, we’ve made everything around us shrewd. With the Internet of Things, the latest developments in the technical era make things easy to access.

What is the Internet of Things?

Simply put, this is basically the concept of connecting any device to the Internet (or/and to each other) with an on & off switch. This includes everything from headphones, mobile phones, washing machines, coffee makers, lamps, wearable devices, and just about anything else you might think of. The Internet of Things (IoT) is the inter-networking of physical devices and network connectivity that allows these objects to collect and exchange information.

IoT evolved from the convergence of wireless technologies, micro-electromechanical (MEMS) systems, micro-services, and the Internet. The connection helped to tear down the silo walls between Information technology (IT) and operational technology (OT) making it possible to analyze unstructured machine-generated data for insights that drive improvements.

This all depends on your industry: in terms of IoT, manufacturing is perhaps the farthest forward, as it is useful to organize tools, machines, and people, and track where they are. Farmers also turned to connected sensors to monitor crops as well as cattle, hoping to boost their herds ‘ production, efficiency, and health.

The examples are endless, and all we can predict is that connected devices are likely to penetrate most businesses, just like computers and the web. When the efficiencies are with tools or plants, it’s easy to appreciate the potential benefit, but when it’s office workers who are being squeezed for more productivity, it might take a bit of a dystopian shade: imagine your security access card is used to track where you’re in the building, so your boss can totally spend how much time in the kitchen making tea. 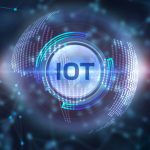 How big is IoT?

HP conducted a small survey estimating the rise of connected devices over the years and surprising results. Are we moving towards a world that is fully automated?

These devices will bridge the gap between the physical & digital world to get a better life, society, and industries ‘ quality and productivity. Smart homes are the most awaited feature with IoT catching up, with brands already competing with smart appliances. Wearables are one more feature trending second on the internet. With the launch of Apple Watch and more devices to flow in, these connected devices are going to keep us hooked with the inter-connected world.

The Industrial Internet of Things originally described the IoT (Internet of Things) as it is used in a number of industries, such as manufacturing, logistics, oil and gas, transportation, energy/ services, mining and metals, aviation, and other industries, and in use cases typical of these industries.

Industrial IoT in the above sense was mainly used to distinguish between use cases, actual use and specific technologies as leveraged primarily for manufacturing and, later, other industries on the one hand and IoT enterprise applications and consumer IoT applications on the other.

IOT and its Impact on Testing

So what impact on software testing will the Internet of Things have? What’s going to change? Just as introducing smartphones and mobile apps brought new concerns to testing (including touchscreen gestures, location awareness, and orientation concerns), testing smart devices on the Internet of Things will also require some recalibration. While tests running against computer software involve keyboard and mouse input, smart device testing must take into account the data received from the sensors of the device as well as user input by tapping and typing. It will be necessary to test “in the wild” will be required.

The Internet of Things could restructure the development of software across the board and release it into an intuitive operation in depth. The incredible growth in IoT customer demand is amazing software companies, with many predicting that the Internet of Things will permeate the industry by 2020. While companies were the largest initial IoT consumers, public enthusiasm for mobile computing devices has recently outstripped corporate interest. Consequently, the present challenge is to increase the scope of IoT testing.

Looking at the innovative onslaught of the Internet of Things one sees mobility and diversity advancing technology. With test integration and automation, QA teams are well-set to design testing procedures to ensure further IoT technology expansion. 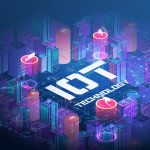 But, Is It Safe to Get Things Connected?

The facts say that many development teams for IoT applications do not follow industry best practices to design safe and secure embedded systems, putting all mobile applications and the entire IoT infrastructure at risk. As technology becomes more intertwined with the physical world, the effects of failures in security are escalating. Like a chess game – where simple rules can lead to nearly limitless possibilities – the complexity of IoT interconnections exceeds our ability to unravel them quickly.

Transforming Commercial Insurance with the Power of IoT Testing

What is the Role of IoT & Machine Learning in Smart Cities?