The actual operational definition of DevOps can be presented as an expansion of agile software development. With DevOps, you get to stimulate simultaneous episodes of software development and testing via an uninterrupted partnership among contributors. Looking at the current scenario, the rate of adoption of DevOps has augmented at a global scale. The effectiveness of this DevOps strategy development to improve time to market and responsiveness to customer needs has been the chief motivator

Currently, the merger of QA testing in DevOps has been readily acknowledged by several technology leaders from around the globe. It not only proves beneficial for bettering business goals but also impacts the development cycle.

The role of testing in DevOps has several responsibilities that need to be addressed for better insight. Here are a few important pointers you should get familiar with: 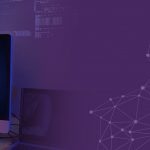 In the recent past, experts have skillfully concluded some of the best DevOps QA practices, which are advantageous for modern business models. Below mentioned are few of the vital QA & software testing practices in DevOps: In order to properly incorporate software testing in DevOps, it is required to structure an automated test process that is capable of offering feedback on a timely basis. For instance, you need to have integration testing present on the build server, along with functional testing with its utmost requirement on the test server. Furthermore, we must also realize the need for deployment testing on the staging server.

Obviously, there are hindrances in the path of a team’s ability for incorporating DevOps. For instance, test automation does take time and it is not practically possible to automate every plausible test. Therefore, you need to structure a well-defined automation strategy. Your automated test development must focus on critical areas such as key functionality. It surely will prove productive to pick out early defects in new code right before automation, since the bugs might pose difficulties during automated test development.

The usefulness of QA to DevOps is seen as a blessing for streamlining the development cycle. With these above-mentioned practices of software testing in DevOps, you can improvise on SDLC to deliver quality products. For gaining enhanced knowledge about this particular methodology, you can reach out to professional DevOps testing company at ImpactQA. Each of your questions can be quickly resolved by these efficient testers at the earliest.

Top Reasons Why QA Testing is Crucial in Development Process