With the current speed at which the developers are developing applications, we have experienced a significant surge in the testing and quality assurance department. Today we need more agile application development and better testing capabilities in companies as mobile phones’ usage is increasing across the globe. People have started using phones for almost all activities creating from socializing to shopping to doing recreational activities like playing live games together. It has immensely increased the pressure on developers and application testers. Thus, every other application that’s produced today has to go through a rigorous phase of testing to trace any bugs and ensure better performance. It has motivated mobile app testing services to find out better ways to carry out quality testing.

On the other hand, emulators and simulators are gaining popularity for their use in application testing nowadays because of the massive list of benefits attached to it.

So before going further, let us first understand what an Emulator is and then discuss how a gaming emulator can be used for mobile application testing.

In computing language, an Emulator is any hardware or software that enables a ‘host’ computer system to behave like another computer, usually referred to as the ‘guest’ system. It enables the host system to run a software program originally designed for the guest system. It basically refers to how a computer program ‘imitates’ another program’s architecture from a different system.

What are Game Emulators? 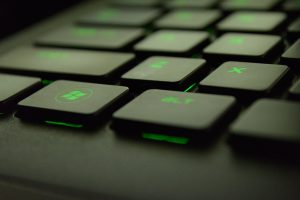 In gaming, a video game console emulator is a component of software or hardware that allows a computing device to emulate a video game console and run it on the guest system. Under most situations, a gaming emulator’s features can easily surpass the limitations of the guest system’s hardware like broader controller compatibility, timescale control, greater performance, clearer quality, easier access to memory modifications, one-click cheat codes, and gameplay features unlock options. It helps the system run more smoothly.

Gaming Emulators mostly work on a ROM that’s ‘read-only memory,’ which helps store a copy of the original game in the system that can be later downloaded from the cartridge into the system using special hardware.

Why Use Emulators to Test Mobile Applications?

There are reasons why most companies today are switching to the use of emulators in their businesses. Given below are a few of them

Emulators & simulators are best suited for Continuous Integration (CI) pipelines because of their scalability and ease of provision, providing you with comprehensive coverage.

Emulators help reduce build time and iterate more frequently on your mobile applications or websites. It helps find bugs earlier and improve the quality of your application in the long run.

With the help of emulators and simulators, you can easily run functional tests at a fraction of real devices’ cost. With this, you can have the liberty to add real devices at the end of the development cycle when you need to test your app for real-world conditions.

Things to Consider While Testing Mobile Apps on Game Emulators

Having said all about emulators and how it can be beneficial for you as a developer to test your applications on them, you need to consider certain things before proceeding with it.

While using a game emulator to test your application, you need to be sure that it does not contain any third-party software or a proprietary code. You must always check with your company’s legal department for your existing rules in using software to be sure. Even if you wish to be sure, try running your emulator on a separate system, not connected with any of your company’s devices, or having personal or confidential data. Many ways are used to help you much, mimic, or secure code for temporary uses. But be sure to run the test plan with your security team first, or else you’ll be exposing your company to danger from malicious practices.

Variation in Device and Platform

Mostly the gaming emulators we use today are based on the Android operating system as it offers a variety of mobile devices for testing. iOS systems, though exist, are mostly restricted. From the settings menu in Android, you can choose a predefined device profile for any specific type of device that you wish to test on. Additionally, you can also create a custom Android profile and designate a mobile network. This helps QA engineers extend mobile app testing methods onto more available device types without adding cost to their budget.

Game emulators are easy on the budget and help testing applications across a wide range of devices. If needed, you can always look for a professional testing services provider that can help you make these processes smoother. Meanwhile, you can still use a range of free and paid tools available online for mobile application testing using gaming emulators. A few of them are given below

BlueStacks is popular android emulators that work on both Windows and iOS operating systems. It’s an app that’s routinely updated for bugs and the latest versions that can help you test your mobile software quickly. While it has been designed to support any Android application, it’s excellent for improving the gaming experiences of Android video games on Windows. One of the best features of Bluestacks is its outstanding graphic quality that helps you run high graphic games on your system with ease.

NoxPlayer is another free Android emulator that works for both Windows and Apple operating systems. Crafted and designed by BigNox, it is comparatively the most stable gaming emulator available in the market, with regular updates and bug fixes that help a lot in application testing. It has a faster keyboard option as it comes with keyboard mapping. It’s easy to download and is used on Windows 10 and Mac

Lambda test comes with a lot of choices for combinations of browser compatibility and operating systems. It’s excellent with fixing bugs in real-time with the help of its inbuilt developer tool. It has a tunnel feature that provides added benefits for testing both locally and privately hosted pages. It facilitates cross-browser testing on several mobile browsers, such as Safari, Mozilla, and Google Chrome.

Genymotion is easy to use and a handy emulator with unique features for a beginner to start with. It comes with an OpenGL graphic card that helps render 2D and 3D vector graphics that make it the fastest Android emulators of all. It’s available on multiple OSs like Windows, Linux, OS and comes with plugins for both Eclipse and Android Studio. It also allows the use of a webcam for an emulated device as a camera. ADB commands can also be performed by using the ADB tunnel.

The Android studio comes with a wide variety of tools that help developers design and build dedicated games and applications for Android, along with a built-in emulator that aids in testing your applications. However, the setup is a bit complicated for a beginner while it can be ideal for a developer. It is an intelligent software with unique features like Kotlin and Java support, besides C/C++ languages.

Nobody would have thought technology will expand so quick to indulge gaming emulators for testing mobile applications. Several prominent software testing companies such as ImpactQA have efficiently utilized game emulators to carry out testing activities without any fail. Currently, it is transforming into a trend and will spread to improve the quality of mobile app testing in the near future.

How Can Businesses Leverage Mobile Test Automation - A Complete Guide

5G Technology and Its Impact on Mobile App Development