API or Application Programming Interface can be defined as a set of procedures, tools, and protocols required to build software applications. Essentially, an API helps to specify how software components need to interact, which makes it highly important to run a test. The purpose of API testing is mainly to determine whether or not they are meeting the expectations related to performance, reliability, and security.

It won’t be wrong to tag APIs as the focal point of software development that works to connect and transfer data across distinct systems and applications. API testing can greatly enhance the efficiency of your already existing testing strategy and thereby fasten the delivery of software. Although many people confuse API testing with UI testing, it primarily highlights the use of software for sending API calls, drawing outputs and recording system responses.

Overall, APIs are known to raise the value of an application. This is why it is believed that to strengthen the establishment of business processes, APIs need to be correctly directed. They permit application content to be integrated efficiently, proving highly advantageous for enterprise operations.

For instance, if an API breaks due to a lack of error detection, the threat not only brings down a single application but might even impact the overall chain of business processes associated with it. Hence, API testing ensures in-depth investigation useful enough to safeguard the application and related business processes.

Another crucial role of API testing is linked to the investigation of applications having varied API functionalities to expose pivotal failures. The global API testing market is estimated to advance at a CAGR of over 19%, in terms of value, until 2024. Such growth can be attributed to the swelling demand for API monitoring concerned to the production industry, set to showcase higher statistics in the next five years. By entering the correct input parameters under API testing it becomes quite convenient to test the functionalities. A response code can be acquired within a few milliseconds, thereby, making it quick and efficient.

It becomes suitable to assess whether the data is coded in HTTP and required any form of authentication. This segment also focuses on penetration testing.

With the incorporation of API testing, developers are benefited by identifying APIs around which the resources are not unprotected.

APIs can be easily hit on various platforms to test the usability of particular software.

To reap superior benefits of API testing, it is essential to include them in TDD or test-driven development process. This way the engineering teams are benefited in several ways which ultimately passes on as quality services impacting the customers.

Below mentioned are the three imperative ways through which your organization can benefit by amalgamating API tests with the development process: 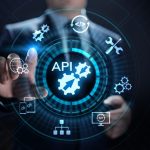 For holding up the quality of the product along with customer trust, it is necessary to assess all the bases concerned with possible software failures. The operation of API testing simultaneously with development can prove beneficial in revealing issues with the API, network, server, and other services.

While the software rolls into the production phase, you will get an opportunity to create more tests to supply new and modified use cases. These tests in collaboration with the ones created during development work effectively to tackle almost any breakdown scenario. We can rate it as one of the significant benefits of API testing that lessens the count of support tickets to customer support and QA teams.

It doesn’t make sense if you wait for the development process to finish to initiate your API tests. This way you’ll end up building them in a biased way leading to favorable test cases. As soon as the API is built, your focus rests on its performance and how to dodge cases of failure.

Moreover, similar to iteration for software at the time of development, carrying out iteration on API tests would eventually make them highly comprehensive and stronger. As a result, the product quality will enhance in the long run with reduced chances of break down.

About the benefits of API testing, incorporating them in the initial stages will prove profitable as a majority of your tests are already managed. For example, Runscope permits you to reprocess the same tests through multiple environments and share tests.

Interestingly, your QA and dev teams create tests and can utilize them in staging environments. Later on, the DevOps teams can make use of the same tests to operate them on a schedule during production to administer those used cases. In short, reusing API tests during the development lifecycle supports collaboration within teams and delivers an accurate and extensive testing composition. 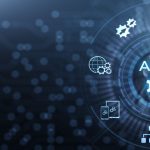 The act to integrate restful API testing with your development process can be managed in several different ways. For instance, numerous organizations include API tests within their continuous deployment (CD) and continuous integration (CI) processes clutched to trigger URLs or even direct plugin using an open-source automation server like Jenkins.

When an API test leads to failure at the time of CI or CD, the process comes to a halt indicating the API issue needs to be stabilized before the build is finished. The inclusion of API tests within this process offers greater assurance to both product and engineering teams mainly related to the coverage of all the bases before the product is released to the customers.

The benefits of API testing here also permits you to create tests specified to an API during the development process. This is almost similar to the process as to how we create other software in TDD. In simple words, test run new endpoints while they are being created during the development and later activate them to run within the CI/CD pipeline. To know more, you can get in touch with software testing company at ImpactQA, who are skilled enough to impart necessary knowledge associated with API testing.