Software testing can’t be executed without tools. Below are the top Test Automation Tools that are considered to best address the challenges in automation.

These tools are selected on the basis of popularity and maturity, supporting API, AI/ML and analytics capabilities.

It is one of the most popular & oldest tools in test automation. It is one of the best tools for web app testing and frequent testing. Selenium Webdriver can be used to carry out powerful browser-based regression automation tests. Organizations prefer selenium because the tool is compatible with several programming languages and can be integrated with testing frameworks. Also, you may find some challenge in selenium automation 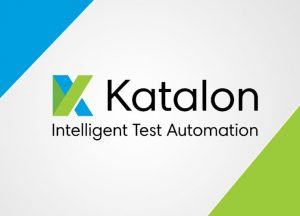 It is yet another popular open-source test automation tool for the web & mobile environment. Katalon works on top of Selenium and Appium, thus enhancing the features of those tools like object repository, object spy, user-friendly IDE, and browser plugin. It can also be integrated with other tools like Slack, Kobiton, Jira, qTest, Git, and many more. Looking at all the feature Katalon may be the best software testing tool of 2020? It is a functional test automation platform developed by a privately-held information technology company named ‘SmartBear’. It gives software testers the capacity to create automated tests for web, iOS, Microsoft Windows, and Android apps. SmartBear claims TestComplete to be the simplest to use when it comes to automated UI testing. The highlight of this incredible testing tool is that it can perform parallel regression tests with automation builds & create stable regression tests.

It is a tool of ReadyAPI suite, offered by SmartBear. It is a headless functional testing tool exclusively designed for API testing. SoapUI supports both SOAP and REST services. API automation testers can use either the pro or open-source version. The pro edition has a user-friendly interface and quite a few advanced features like form editor, assertion wizard, & SQL query builder.

These tools are considered as the best test automation tools in the market. You can utilize them according to your necessity. If you are using any other tool which isn’t listed here, do share your thoughts in the comments section below.

Is Katalon Studio the Best Software Testing Tool of 2021?